Kratom’s History in Thailand: What All Kratom Lovers Should Know

Finding factual information about Kratom online can be a difficult and overwhelming experience. You want to learn more, but you just don’t know what is true and what is not!

Unfortunately, the constantly changing laws surrounding Kratom in both exporting and importing countries can make it hard to keep up with exactly what is going on. In Thailand, for example, the laws have changed several times in just the last few years.

Still, learning the history of Kratom in Thailand can help you begin to picture more about Kratom’s path through history, how it is today, and where it might go in the future.

How Kratom Grows So Well In Thailand

Kratom is native to Thailand, and that is because the growing conditions that are present in Thailand are just right for this tree! The conditions are nearly perfect as they are hot, moist, and there is a lot of rich soil in the region. All of these factors help Kratom to grow more easily.

If you didn’t know, Kratom is a tree! It’s a deciduous and tropical tree that has grown wild in Thailand for hundreds, if not thousands, of year. Kratom has been used in many forms for a long time in Thailand, but it has only been grown as a supplement and export crop since the early 1900s.

The best conditions for growing Kratom include:

Thailand fits the bill for all of these things, and that is why the plant has grown wild there for so long.

A History of Kratom Growing & Using In Thailand

It is a common misconception that Kratom is used legally, widely, and publicly in Thailand. While it’s true that there is Kratom use and, historically, Kratom has been used in a number of specific ways, the truth of its legal status in Thailand is a bit more complicated.

Kratom was more widely used in Thailand prior to 1943, especially throughout the 1800s and early 1900s. People in Thailand used Kratom for various purposes including during shifts on the job and when they were winding down after the workday.

While people were not abusing Kratom and it was largely used for positive means, changes would soon occur to the legality of Kratom in Thailand.

The Thai government created and passed Kratom Act 2486 in 1943. Under this law, Kratom trees were no longer allowed to be planted. This meant that while Kratom was still growing in the wild, anyone who planted a Kratom tree intentionally would be prosecuted.

By 1979, Kratom was classified as a Category 5 narcotic. While this is the lowest level of ranking in Thailand, it still made the list. Because it is a Cat 5 narcotic, Kratom possession and usage could land you with an arrest, but the police didn’t typically pursue these charges. For that reason, there weren’t a lot of people being arrested because of Kratom use in Thailand.

Is Kratom Currently Legal In Thailand?

The short answer is no; Kratom is not fully legal in Thailand at this time. But there are some specific cases where Kratom can be grown and used – similar to the way that specific laws allow Kratom use in the US.

That doesn’t mean that there haven’t been some attempts to change the rules about Kratom, however. Just as people in America are fighting for positive Kratom legislation, there are those in Thailand who are pushing for very similar things.

For all intents and purposes, Kratom is only legal in Thailand when it is being used for medicinal purposes.

The Origin of Thai Strain Kratom

Most of the Thai strains of Kratom that you see online are not actually grown in Thailand due to the constantly changing laws and precarious legal situation in Thailand. While some Thai Kratom is now being exported as a medicinal product, there isn’t a huge scale of this happening yet.

So, where do Thai strains actually come from?

Strain names are more about the qualities of a strain than where it is from. While the names originally lined up with regions of specific Kratom types, the names have become more linked to how it the strain’s lineage than where it is grown.

At this time, most Thai strains of Kratom come from neighboring countries with very similar growing conditions.

Strain names are nothing more than names. While it would be nice if every name perfectly identified where a strain comes from, that is simply not the case in the industry today due to legal issues about Kratom around the world.

Where Kratom Comes From

At this point, there’s a good chance that you’re wondering where your Kratom comes from. Simply put, most Kratom is currently exported from tropical islands including Borneo and Sumatra.

The places that most Kratom vendors import from are, unsurprisingly, those that can legally export Kratom without having to jump through too many hoops! The laws are constantly changing around the world, however, so you can expect exporting countries to change over time, too.

Kratom in Thailand: A Unique History

Kratom is only legal to use for medicinal regions in Thailand, and that has surely come as a shock to some of our customers! Many imagine that every single person in Thailand enjoys Kratom, and that is simply not the case. Just as everyone here doesn’t use CBD despite its relative legality, the same goes for Thai people and Kratom.

Thai strains are still being grown around the world so that you can experience the quality of what is typically found in this region. As opinions about Kratom change, it is likely that Thailand may further de-criminalize and regulate the export of Kratom for sale around the world! 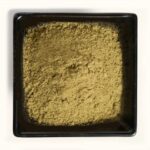 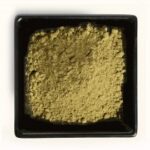 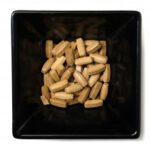 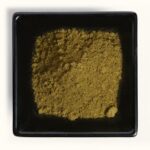 How The Future of Kratom Relies On The GMP Program

FAQ: Does Growing Kratom Have A Positive Environmental Impact?

COVID-19 & Kratom: We Can Continue Shipping To You

How (And Why!) To Use Your Credit Card To Buy Bitcoin

Neighborhood Alert: How To Find Kratom Near You

Kratom Legislation: Where and How Laws Are Changing

Kratom Status: Is Kratom Legal in My State?

What Is The AKA? How The American Kratom Association Is Changing Everything